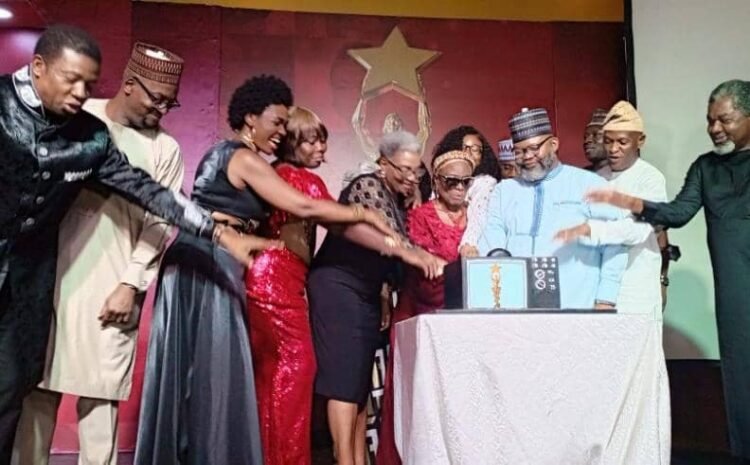 The Tube Awards an initiative of Tube Afrique was unveiled on Sunday 13th of February 2022 at Eko Hotels and Suites in Victoria Island, Lagos Nigeria with the GM/CEO of National Theatre, Prof. Sunday E. Ododo, fsonta, fta, fsna, fana, FNAL as Chairman of the occasion. He was joined by gliterati from Nollywood and the media. In his speech, the GM/CEO stated that the Tube Awards will deepen professionalism; improve technical and cultural proficiency of television programming and production in Nigeria. This view was also shared by Niran Adedokun the creator and founder of Tube Awards. Prof Ododo also recommended that the organizers should consider including cameramen and the technical crew on the list of award categories. He observed that they were not reflected on the list of the 27 categories of awards in circulation during the unveiling. Prof. Ododo lauded the initiative because every avenue to project the abundant cultural contents in Africa must be utilized without compromising standards which is what the Tube Awards aims to do apart from honouring and recognising excellence.

According to the organizers of the Awards, the Tube Awards aims to fill a gap as an Award of this nature dedicated to TV programming and production is conspicuously missing in Nigeria. The Award will help to institutionalise international standards in Nigeria and Africa which will help to raise the bar in programming contents for local consumption and international export.