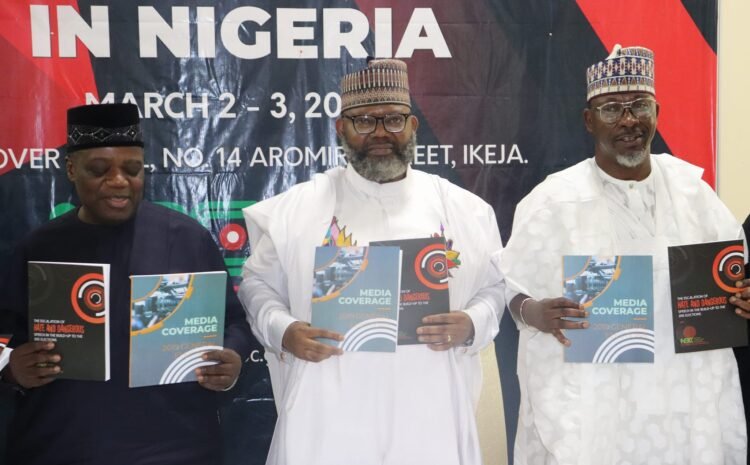 National Broadcasting Commission (NBC) held a Workshop on “Broadcasting Ecology & Politics in Nigeria” at Ikeja on Wednesday 2nd of March, 2022 to retrospect on the 2015 and 2019 General Elections and also launch two books “The Escalation of Fake and Dangerous Speech in the build-up to the 2015 Elections” and “Media Coverage 2019- General Elections”. This agenda-setting event had in attendance the Hon. Minister of Information and Culture, Alhaji Lai Mohammed, INEC Chairman and EFCC Chairman, all represented. In his first cap of the day, the GM/CEO of National Theatre, Professor Sunday Enessi Ododo, fsonta, fta, fsna, fana, FNAL gave a Goodwill message which became the reference for all others including the paper presenters; the GM/CEO had called for a replication of the workshop in many States of the Federation before the next general elections.

And in his second cap of the day which was during the afternoon session, Professor Ododo chaired the Panel Discussion as moderator for the papers earlier presented by Professors Tonnie Iredia and Stella Okunna.

Finally, he anchored the Book Launch and procured copies of the two books for the National Theatre Library.