Prof Sunday Ododo leads on Executive Marketing – with an Award 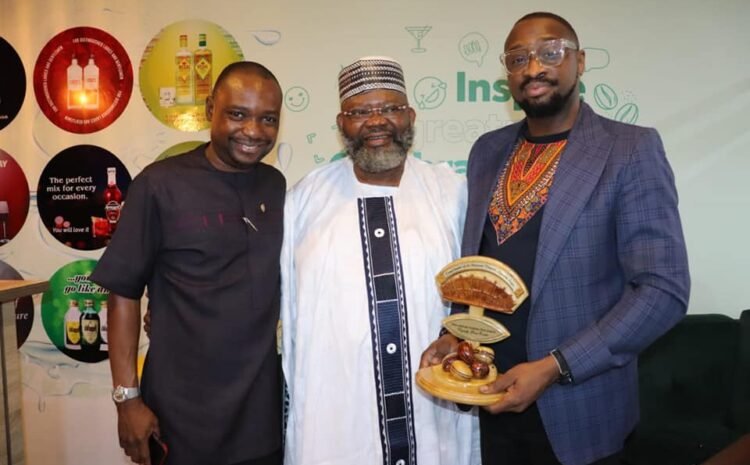 No longer would the National Theatre be “blinking in the dark” as Professor Sunday E. Ododo fsonta, fta, fsna, fana, FNAL embarks on Executive Marketing of the products, programmes and artistic creations from the oyster of culture in Nigeria. The National Theatre Executive Train made a stop at Grand Oak Limited the makers of such household brands and culturally respected prayer drinks like Seaman’s, Regal and Bacchus to mention a few. Today’s Executive Marketing first in a series was facilitated by Mr. Olabode Shadeko- the Executive Manager PCAS Media.