Citations at Investiture & Award of Fellow of ANA 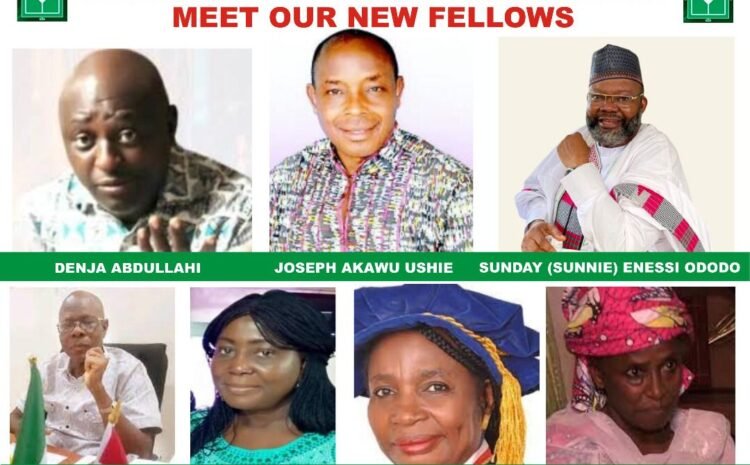 Sunday (Sunnie) Enessi Ododo is currently the General Manager/CEO, National Theatre, Nigeria, Iganmu Lagos. Ododo is a Professor of Performance Aesthetics and Theatre Technology in the Department of Visual and Performing Arts, University of Maiduguri, Maiduguri, Nigeria. His scholarly work has gained considerable attention, especially his ‘Facekuerade theory’, which derives from the maskless transformational practices of traditional Ebira masquerades (eku)

He has also edited reputable journals like, Alore: Ilorin Journal of the Humanities, The Performer: Ilorin Journal of the Performing Arts, Sino-US English Teaching Journal and US-China Foreign Language Journal. He is also a Consultant to World Scenography Research Project. A good number of his essays have been published in journals in the USA, the UK, Japan, India, Netherlands, Germany and Nigeria, etc. He also co-edited Larger than his Frame: Critical Studies and Reflections on Olu Obafemi (2000) and Technical Theatre Practice in Nigeria: Trends and Issues (2006), with Professor Duro Oni.

There are other edited works to his credit. He is on the editorial board of The Perfformio, a University of Wales online journal for the performing arts (http://perfformio.org/default.aspx); and the Editorial Board of David Publishing Company, Libertyville, Illinois, USA. He is the pioneer Editor of Scene Dock: Journal of Theatre Design and Technology, and currently also serves on the board of four other journals in Nigeria.

Ododo remains a valued and respected icon in literary and theatre circles. His play, Hard Choice, further brought him to literary limelight as a gifted playwright as he won the prestigious ANA Drama Prize in 2012. Apart from being a theatre scholar, screenwriter, actor, poet and technical theatre practitioner in his highly fecund career of about three decades, he is reputed to be the exponent of the Facekuerade theory in African Theatre Studies. Beyond these, Ododo is a distinguished and versatile creative artist, who has made modest contributions to the growth of literature and creative writing in Nigeria through his activities in the Association of Nigerian Authors (ANA), where he has served as Chief Judge of literary prizes and national Vice President. He also served as one of the Vice Presidents of the Society of Nigeria Theatre Artists (SONTA), before becoming its 8th President; and he made innovative and outstanding contributions to the Society in two terms in office, which ended on 2nd November, 2017.

History was made on  Saturday,  6th November,  2021 as the workaholic Erudite scholar of International repute, the GM/CEO National Theatre Nigeria, Prof Sunday Enessi Ododo, fsonta, fta, fsna, FNAL, received yet another prestigious Fellowship Award of the Association of Nigerian Authors.

The awardees being the first recipients of such honour at the just commissioned International Conference Centre of Mamman Vatsa Writers Village, Katampe extension, Abuja, was history.

The awardees being the first recipients of such honour at the just commissioned International Conference Centre of the Mamman Vatsa Writers Village, Katampe extension, Abuja, was historic. The Award dinner which marks the end of a week long events was in honour of erudite scholars and prolific writers who have distinguished themselves in the recent times.

The Association of Nigerian Authors (ANA) is a non-profit organization that promotes Nigerian literature. It represents Nigerian creative writers at home and abroad. It was founded in 1981 by Nigerian novelist Chinua Achebe as its president. The immediate past President is Alhaji Denja Abdullahi. And the incumbent President is Camilus Ukah.

Friends and associates who gathered to witness the programme admit that National Theatre has witnessed a light at the end of the turmoil as the man whose capacity and personality symbolizes enigma is saddled with the responsibility of piloting its affairs.

The Association of Nigerian Authors (ANA), 40th Anniversary/ 2021 International Convention, captured the eventful contributions and sacrifices of the founding fathers and the success story of the massive Mamman Vatsa Writers Village, Mpape,  Abuja.